< Prev Next> x
2.9 A flurry of voluntary initiatives 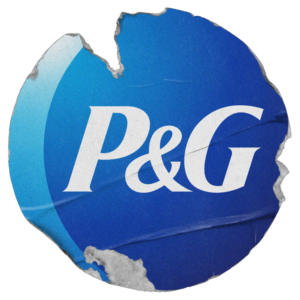 Procter and Gamble, or P&G is the second largest FMCG in the world by revenue.

Its key brands include Herbal Essences, Head & Shoulders, Gillette, Venus, Always, Tampax, Ariel, and Pampers. Although it does not publicly report its plastic footprint, it has recently revealed this to be 714,000 tonnes a year.

P&G has made no commitments regarding collection, and neither calls for legislation in this area nor mentions support for deposit return systems. Even its commitment to 100% recyclable packaging ­– a relatively low entry commitment – is for 2030, five years later than most other companies analysed. It has a history of shifting the goalposts on its targets and conveniently ignoring pledges when they have been made, and reporting much higher ‘achievements’ for specific brands, like Fairy.

P&G is a signatory/member of 8 initiatives to address plastic waste that we have analysed and at least 6 trade groups that lobby against legislation.