< Prev Next> x
2.1 Tactics in the corporate playbook 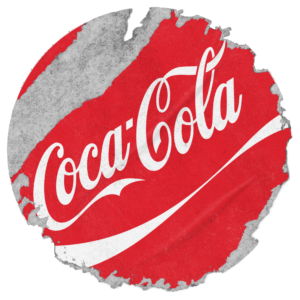 Coca-Cola produces by far the largest volume of plastic of any company globally – 2.9 million metric tonnes – and also, unsurprisingly the most plastic waste.

It churns out plastic at an alarming rate of 200,000 bottles per minute, equalling around one-fifth of the world’s PET-bottle output.1Laville, S. (2019) Coca-Cola admits it produces 3m tonnes of plastic packaging a year. The Guardian, 14 March (ONLINE) Available at: https://www.theguardian.com/business/2019/mar/14/coca-cola-admits-it-produces-3m-tonnes-of-plastic-packaging-a-year

Since the 1990s, Coca-Cola has published a slew of commitments aimed at reducing plastic waste, collecting packaging and increasing the share of recycled content in its products. However, our analysing reveals a shocking trail of broken promises by Coca-Cola, where they fail their commitments, use unclear wording, creative accounting or infrequent reporting to hide the lack of progress towards their stated goals.

Coca-Cola has also been implicated in lobbying heavily against deposit return systems in Scotland and the USA. Our investigation reveals that, despite their consequent U-turn, they are still up to their old tricks in Kenya and China. From initiatives that we have investigated Coca-Cola is a member of or otherwise committed to nine initiatives to solve plastic waste and at the same time a member of at least seven trade groups that lobbied against deposit return schemes and other legislation to regulate single use plastic.